Top five ways to keep warm in Penrith this month 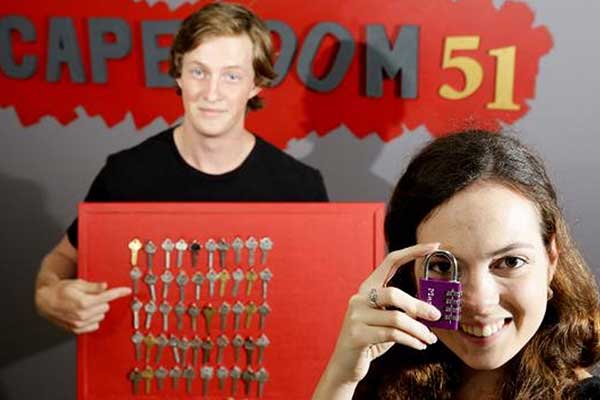 Don't let the cold stop you from discovering new and exciting places with your family and friends on the weekends.

Penrith has lots of great indoor attractions to keep you warm and toasty throughout winter. Check out our list of the top five ways to keep warm in July.

If you're someone who can work under pressure and enjoys both physical and mental challenges, then you'll love Escape Room 51. It's an adventure game where you are locked inside a room with 2-6 players and you need to work together to solve a series of puzzles in under 60 minutes. Unlike other escape rooms which carry horror themes, Escape Room 51 isn't scary but you won't know the theme of the room until you arrive! The puzzles are of a medium difficulty and targeted to people aged over 16 years. Children aged over 10 years can still enjoy the game and participate when accompanied by an adult. Prices start from as little as $90 for 2 people. To learn more and to book Escape Room 51 click here.

2 - See Thérése Raquin at the Joan

A thrilling new adaptation of Emile Zola's novel performed at the Joan Sutherland Performing Arts Centre from July 20-22. Thérèse Raquin is a story of murderous star-crossed lovers and a carnal, cruel and corset-filled masterpiece of French realism. Thérèse lives a life of servitude and is married off to her sickly cousin in a loveless, arranged marriage. Her life is suddenly turned around when her husband's friend, Laurent, arrives and they begin a passionate, feverish affair. What follows in this masterpiece of French literature makes for a gripping, corseted thriller that will have you on the edge of your seat. Think Downton Abbey to the max! Tickets just $65 for Adults, $60 for Concession and $18 for the matinee special.  Book now.

Did you know Penrith is home to Australia's only sake factory? Nestled behind the industrial estate to Penrith's north and situated next to the beautiful Nepean River is Sun Masamune Go-Shu Sake Factory . Here they produce high quality sake known as Go-Shu using rice grown in Leeton and then distribute this to bars, bottle shops and restaurants throughout Australia and even to Japan. On weekdays you can take a tour of the factory for just $2 and this includes tastings of their large range of sake products and testing of their beautiful skin care range Nuka which is also made on site from rice by-products. Learn more and book your tour.

There is no shortage of entertainment on offer at the Evan Theatre in Penrith Panthers throughout July. Kicking off this month's program is the Everly Bros & Buddy Holly on Saturday 1 July, followed by funny man Jimeoin in his hilarious Renonsense Man show on Friday 7 July. The Radiators are joined by Mental As Anything for a performance on Friday 14 July, and Australia's own Beach Boys perform their greatest hits on Saturday 15 July. Rounding out this month is the Bay City Rollers on Friday 21 July and a Rod Stewart/Tina Turner spectacular in It Takes Two on Sunday 30 July. Get your tickets now!

5 - Experience the thrill of indoor skydiving

There's no need to throw yourself out of a plane at great heights to experience the thrill and excitement of skydiving. At iFLY Indoor Skydiving  there's no parachute, no jumping, it's just you and the air...and an incredible adrenaline rush! An intro flight package starts from $89 and takes approximately 1.5 hours end to end, each flight is the equivalent of a freefall skydive from 14,000 feet. Family and friends as young as three can join in the fun, or simply watch all the aerial acrobatics in action from the comfort of the viewing gallery. Book now. 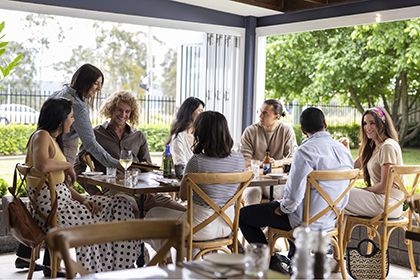 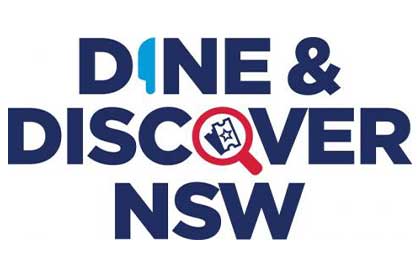 The flavours of the Middle East are exciting and fresh in Penrith.

Don’t worry about the weather, because rain, hail or shine there are so many indoor activities to enjoy across Penrith.