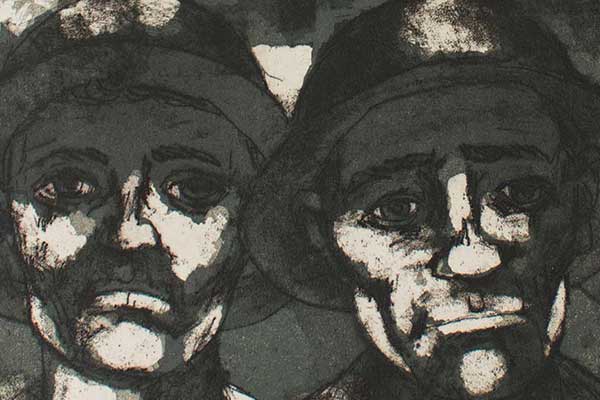 Penrith Regional Gallery in Emu Plains opens a new exhibition with 13 prints out of 92 artworks by Roy Dalgarno recently gifted to the PRG collection by the Dalgarno family. The exhibition provides a rare opportunity to see Dalgarno’s artworks depicting miners alongside social history objects on loan from the Lithgow State Mine Heritage Park.

Roy Dalgarno (1910 – 2001) was an Australian artist committed to portraying humanity in workers’ labour as they built the wealth of the modern Australian nation. Dalgarno looked for his subjects down mines, on the wharves, on factory floors and in steelworks. He made drawings of miners, dock workers and sheet metal workers from life and then created expressive yet realistic prints.

Dalgarno expertly utilised the dramatic graphic potential of printmaking throughout his career to depict the stoic character of manual labourers. He had an enduring interest in realism in art as a way of representing the dignity and harsh reality of working life.