Mental As Anything & The Radiators 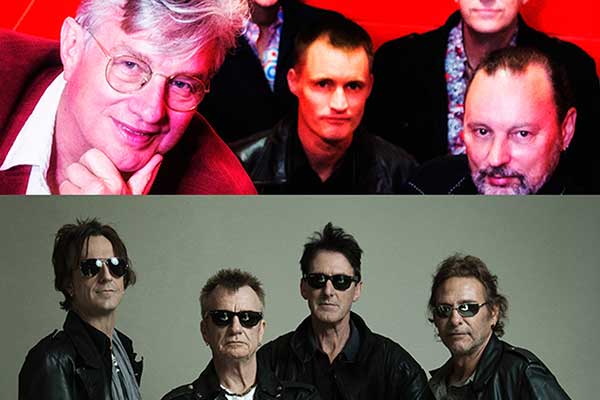 Iconic in Australian culture, these two epic pop-rock 80s bands will be playing their classics

Once upon a time, a group of art students passed themselves off as a band in order to con the local publican into giving them a gig in exchange for free beer. The deception worked better than intended with the group receiving beer in return for music and came to be known as Mental As Anything.

Four decades later, they are still irritating the public with their highly listenable, idiosyncratic brand of garage pop and to celebrate the anniversary of their first release, Mental as Anything Play at Your Party, the Mentals have released the 7-track EP on vinyl available exclusively at mentals.com.au, as well as releasing a brand new 40 minute, hi-definition, multi-camera film to celebrate the milestone.

The rock ‘n’ roll road to stardom is a dangerous road indeed littered with the corpses of starry-eyed hopeful’s, wannabes, one hit wonders and jagged “if only’s”…while many bands self‐implode before they even leave the garage, victims of classic clashing egos and personalities ……Few survive… One of these survivors is Australian band, The Radiators, who in 2013 celebrated 35 years together since they played their very first show.

Iconic in Australian culture, these two epic pop-rock 80s bands will be playing at Panthers in the EVAN Theatre. Their classic and music has stood the test of time and is still popular and much loved today.

Come and see these bands in June, and grab your tickets today.