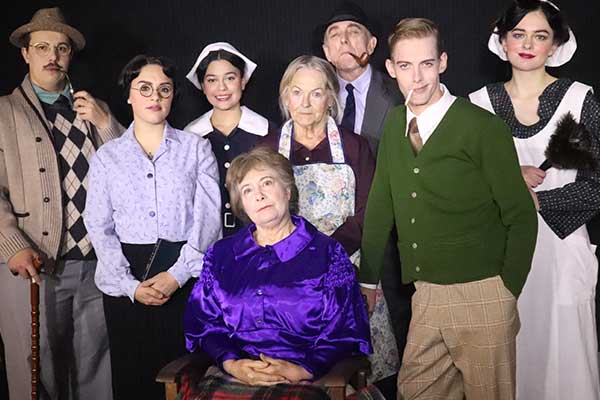 Olivia isn't as taken in by the charming Dan as her aunt is; she feels that he is putting on a facade and lying to hide something sinister.

Her suspicions grow when, a few days later, it is reported that a local beauty has gone missing. Believing Dan to be involved, she, the servants, and her pompous admirer, Hubert, go through Dan's things when he is not around, finding a picture of him and the missing woman buried among his belongings.

This shocking discovery strengthens Olivia's suspicions and determination to prove that Dan is not what he seems.