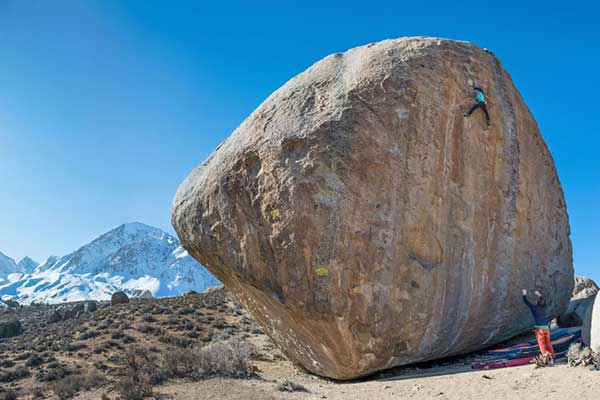 The REEL ROCK Film Tour, one of climbing's greatest celebrations, returns this November with a new collection of world premiere films.

In “The High Road”, the powerful and bold Nina Williams tests herself on some of the highest, most difficult boulder problems ever climbed. She is among the only women who climb elite-level problems that are 30, 40, even 50 feet tall -- with no rope.

In “United States of Joe’s” climbers collide with a conservative coal mining community in rural Utah, to surprising results. When a ragged band of punk rock climbers shows up, the two cultures inevitably clash. After years of antagonism, they work with locals to build a more harmonious future.

And in “The Nose Speed Record”, legends Tommy Caldwell and Alex Honnold battle Yosemite dirtbags Jim Reynolds and Brad Gobright in a high stakes race for greatness. They competed for the coveted aped record on the 3,000-foot Nose of El Capitan, risking big falls to shave mere seconds off the fastest time.

REEL ROCK visits 500 locations across the world this year. The Penrith Screening will be a special hosted screening which will include an emcee introduction and a prize draw.