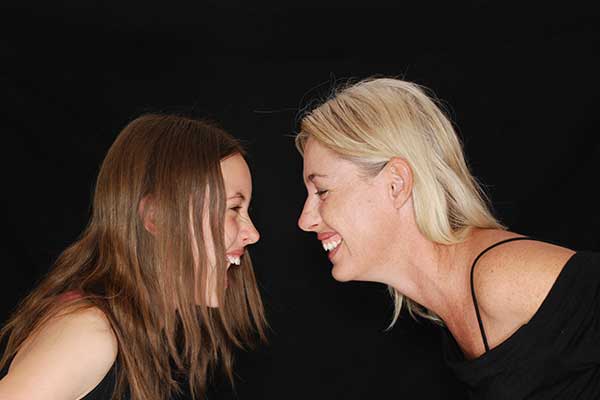 A beautiful adaptation of a movie classic, using a light touch to illuminate the deepest and most important expressions of compassion and human decency

Dan Gordon’s brilliant rewriting of 1983’s blockbuster film takes the theatre audience through 23 years of mother-daughter conflict and angst. There is not a wasted word.

Director Anthony Brown is a resident of Leonay who as a young man remembers the famous movie which starred Shirley Maclaine, Jack Nicholson and Debra Winger. Anthony was fortunate to actually meet Shirley Maclaine in the 1980’s and got her autograph. Mr. Brown says, “Shirley Maclaine was everything I imagined when I met her, and I told her how much I loved her performance in Terms of Endearment which delighted her”. Playing the classic role Shirley Maclaine won her only Academy Award is well known Australian actress Oriana Panozzo (best known for her role in “Sons and Daughters”.

This is the first time in Australia this production will have been staged and Ruby Productions is very excited! We have a stage production of “Terms of Endearment” to give many laughs and food for thought about family values. You don’t want to miss this show!