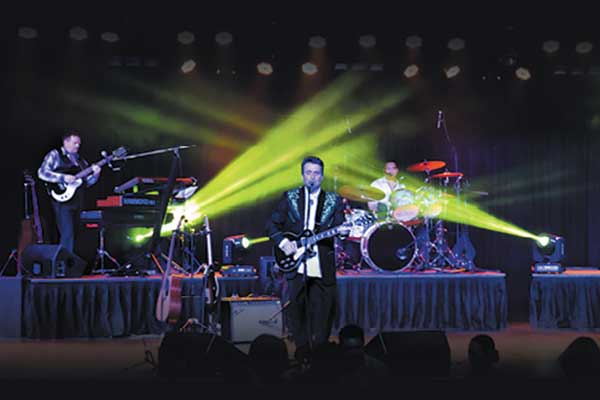 Heart of the Matter – An Eagles Tribute Show!

Eagles and having served as the principal vocalist in The Eagles tribute show "New Kids in Town" in the late 1980s.

Paul was born to sing these songs possessing a voice with an identical range and a slight huskiness akin to Henley's, lending a feel of authenticity to his delivery. With a brilliant band featuring Cameron Lees, Glenn Magson, Jerry Ico and Rob Turner (ex-Eagles Show)... this show is world class.

Follow Don's journey from small-town Texas, and his early exposure to country music and rock and roll, through the heady days of the 1970s as a founding member of The Eagles, to the respected and mature artist that he is today.

It could be said that Don Henley's songs always get to "The Heart of the Matter." "The heart of the matter" is all about recreating those beautiful, "sun-kissed" vocal harmonies and unforgettable musical moments that were responsible for the Eagles becoming the musical giants they are.

To paraphrase the Eagles...this show will make you realise that "you can check out anytime you like...but you will never want to leave".

We look forward to taking you to the Hotel California..."It's such a lovely place."