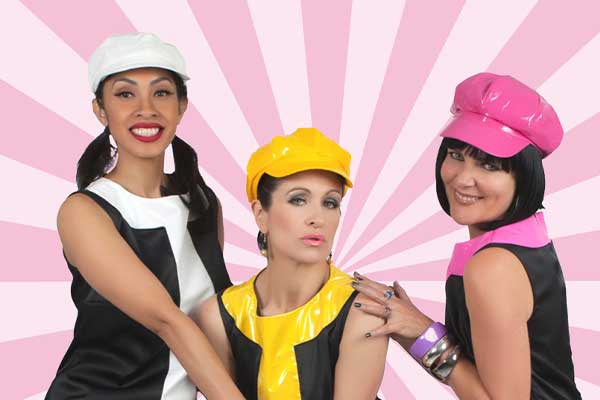 1st monthly mid-week matinee membershow
The Swell Sisters and band re-create the soundtrack to your favourite musical era with all the songs, sass and style that made the Sixties so Swingin’.

The Supremes, The Ronnettes, Dusty Springfield, Aretha Franklin, The Shirelles and Martha & the Vandellas— The Swell Sisters re-create the soundtrack to your favourite musical era with all the songs, sass and style that made the Sixties so Swingin’. Between them, Amanda Easton, Jo Elms and the gorgeous Robyn Loau have worked alongside the music greats of Australia and beyond (Wendy Matthews, Richard Clapton, Powderfinger, Vanessa Amarosi, Mica Paris, Tina Arena, Julie Anthony and Glenn Shorrock to name just a few). Now they showcase their sizzling voices and cheeky personalities in a show brimming with hit songs as they channel the Sweethearts of the 1960s. In the tradition of The Fabulous Singlettes, three magical voices and colourful, vibrant performances will have you grabbing your GoGo boots and shimmying in your Beehives. Hear songs like ‘Son of a Preacher Man’, ‘Be My Baby’, ‘Stop in the Name of Love’, ‘Chain of Fools’, ’Will You Still Love Me Tomorrow’ and so many more favourites, from singers with real musical pedigree backed by studio quality backing tracks or The Swelltones, the Sisters’ own pumping live band.