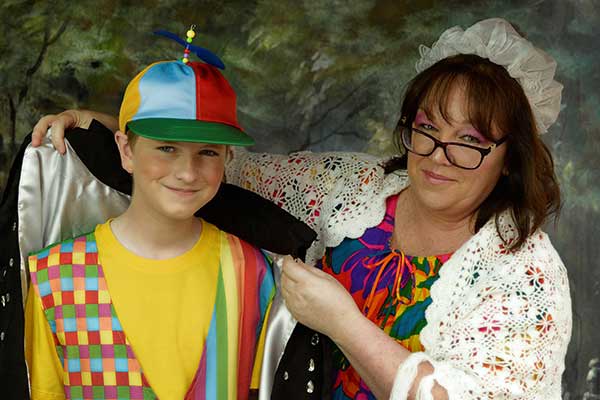 Presented by Ruby Productions Written and directed by Glenn Levett

Wilma has terrorised the townsfolk and Mother Goose’s characters. She has also cast a spell over her sister, Esmeralda.

She controls the skeletons, who do her bidding, outside the cave, in which Wilma is trapped because Prince Valiant, from the Land of Good, has taken her cloak.

Esmeralda has no control over her own actions. Fairweather, the Fairy Godmother, helps Synderola to the ball and Prince Valiant falls in love (of course). The nursery rhyme characters are in turmoil. The thieves are captured by Wilma.

How will this all be resolved?