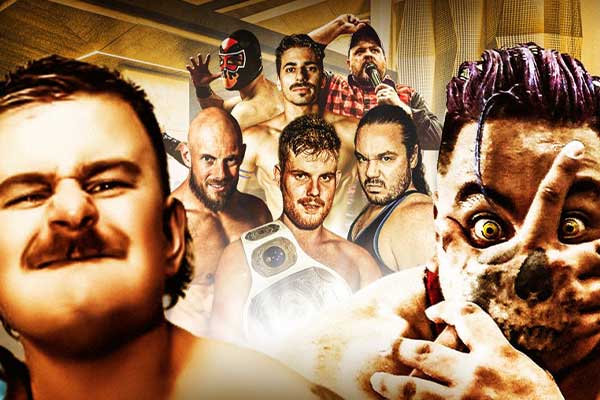 Wrestle Strong Dojo and Fighters Against Child Abuse Australia return to the Penrith Gaels Club Club on Sunday April 18th 2021. Doors will open at 2.30pm for a 3pm belltime.

Limited Tickets available. The last 4 events at the GAELS have been sell out events book tickets so you don’t miss out.

Wrestle Strong Dojo is a top tier registered COVIDSAFE Professional Wrestling Events Company that bring you dynamic family sports entertainment with a strong style twist. Wrestle Strong Dojo works in close partnership with the charity “Fighters Against Child Abuse Australia” to bring live pro wrestling across NSW and the ACT in clubs and at community events.
Wrestle Strong Dojo events are suitable for all ages.

Ticket sales will close early morning the day of the show unless sold out prior.

Note: Penrith Gaels Cultural and Sporting Association is 75 Richmond Rd Kingswood. Club rules apply. Those under 18 yrs must be accompanied by a Parent / Adult and Club dress rules apply.

Tickets are available online. Ticket sales will close Midnight the day before the event unless sold out prior.

For the latest information on the bouts for the day visit the Dojo Facebook page.

Wrestle Strong Dojo is the only Professional Wrestling Company to work in partnership with the charity Fighters Against Child Abuse Australia assisting in providing awareness and much needed funds for their programs.