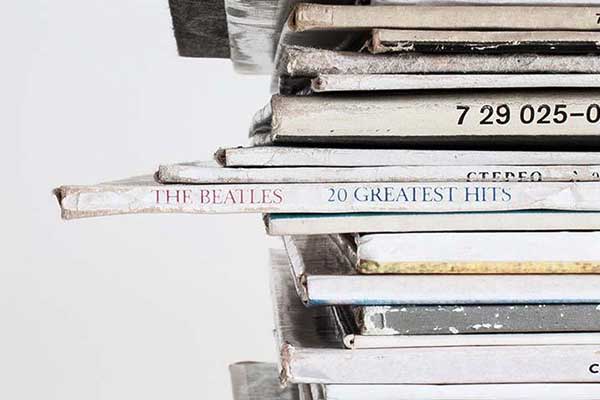 Find out about exceptional masterpieces and explore the stories behind artists, composers and musicians who created famous works in this series

What are some of the great movements in art and music? And why are they significant?

Enjoy eight enlightening mornings of insight and discovery. Sessions begin at 11am and finish at 12.30pm with a short break in the middle.

Each talk will incorporate a short Q&A at the end. Scroll down to see details on each talk.

Wednesday 15 September 11am – The Piano, the Composer and the Performer (Andy Bromberger, Musician and Lecturer of Classical Music)

The piano was invented about 300 years ago. There were keyboard instruments before this time but none gave the composer both the ability to play dynamics and a sound loud enough for a concert performance. Then the piano was invented by Bartolomeo Cristofori in 1700. Its impact on the musical has been likened to the invention of the steam engine in the industrial world.

Australia’s favourite pianist, Simon Tedeschi, has performed worldwide for global leaders, royalty and audiences young and old, from the Sydney Opera House to Carnegie Hall. Whether performing solo, with an orchestra, a narrator or chamber music partner (or group), and sometimes performing in all four formats in the same fortnight, careful and thorough preparation of the music to be played is always key.

Join Simon as he shares some of his secrets to learning piano music and the different ways he practises for the different kinds of performances, and in particular, how he prepares and performs George Gershwin’s Rhapsody in Blue – a work he has, arguably, performed more than any other musician on earth.

Simon Tedeschi will also be conducting a Piano Masterclass after the talk on 29 September at 1pm.  Learn from one of Australia’s most renowned classical pianists, winner of the Young Performer of the Year Award (Australia), the Creativity Foundation’s Legacy Award (USA), the New York Young Jewish Pianist Award and he is also the recipient of a Centenary of Federation Medal.

Lorraine is a senior lecturer in Art History and Theory at the National Art School in Sydney where she also manages metropolitan, regional and interstate art programs. Lorraine is a popular guest lecturer at the Art Gallery of New South Wales and leads tours to Italy. She is a regular guest on ABC Nightlife speaking on art historical topics including Michelangelo’s David; Leonardo da Vinci and the Last Supper; the Stolen Mona Lisa; Botticelli’s Venus; Women in Art; and Art, Feminism and the Rokeby Venus.

There were great women artists in the Renaissance though we have rarely heard of them. During this time art played a critical role in society, especially in disseminating the fame of the artist. In this respect, portraiture, a new and burgeoning genre was of great importance in defining the role of the Renaissance virtuosa. It is testament to the artistic passion of these Renaissance women that they managed to work as artists at all and now their stories are more and more being revealed and revered.