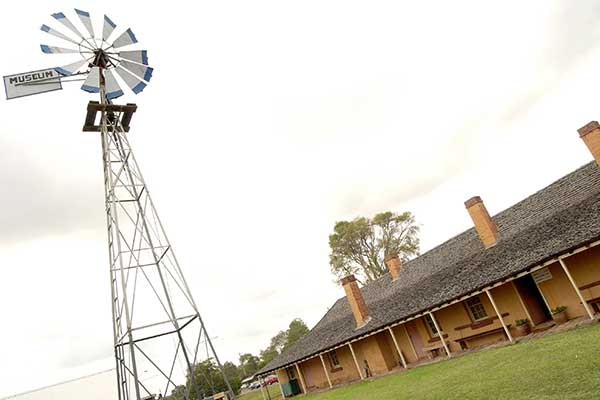 Each year in June, the Nepean District Historical Society holds a luncheon with a guest speaker to commemorate the day - 27 June 1789 - when Captain Watkin Tench sighted what is now known as the Nepean River.

Back in 1789, Captain Watkin Tench led an expedition to see what lay north west from Rose Hill (Parramatta). The group was made up of Mr Arndell, assistant surgeon of the settlement, Mr Lowe, surgeon's mate of the Sirius, Lieutenant William Dawes, a marine as well as a convict. They camped overnight in the area between St Marys and Penrith, and the next day, an hour after setting out, they reached the river and the rest is history.

Lorraine Stacker is the celebrated author of the book "Chained to the soil on the Plains of Emu : a history of the Emu Plains Government Agricultural Establishment 1819-1832" and is her topic at our Luncheon. She is also the author of the noteworthy 2014 publication "Penrith: the Makings of a City". The Emu Plains Agricultural Establishment operated from 11 September 1819 until 31 August 1832. This year celebrates the 200 year anniversary of this significant place in both the Nepean District and the Colony of NSW.