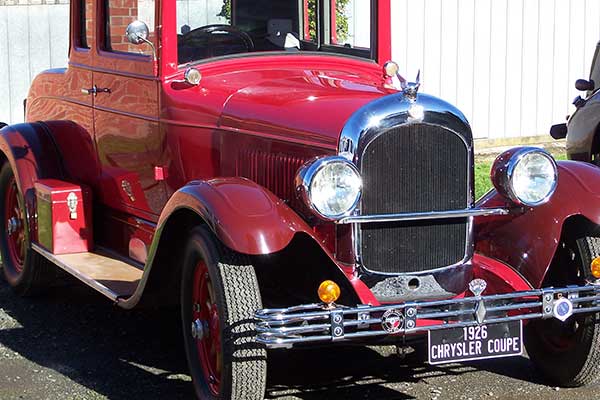 Another great event is scheduled for the Museum of Fire when the NSW All Chrysler Day will celebrate its 34th anniversary.

So if you like to see some of Australia's motoring history from the early 1920's Chrysler, Dodge, Desoto and Plymouth cars and the very well-known Valiant and Charger models. The 1970's saw some of the best muscle cars ever built in Australia and everyone remembers the slogan "Hey Charger" so come out to the Museum of Fire for a great day out.

Back in the 1980's the various Chrysler Clubs in NSW got together, and decided that Chrysler enthusiasts deserved a show just for their types of cars, and so the ALL CHRYSLER DAY (ACD) began.

The event now attracts over 200 vehicles annually. The ACD is a show where all enthusiasts of Chrysler products are more than welcome - you don't need to be a member of a Club.

In fact, whether you're an owner or simply someone who likes old cars, the ACD welcomes you to come along and be part of the day. The ACD is put on by the combined efforts of the following NSW Chrysler Car Clubs :