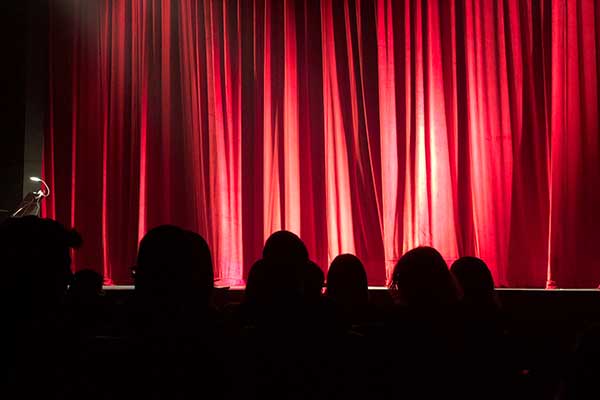 The Henry Lawson Theatre for an amazing one act season

First, THE PERFECT CRIME by Valda Marshall - Four good friends gather for a dinner party. When the conversation turns to crime, host Kevin brags a clever criminal can always outsmart the cops. He outlines his idea of the perfect crime... but this has unexpected consequences.

This is followed by HEAVENLY INSPIRATION by Greg Freier - An extremely blocked and desperate writer asks God for some heavenly inspiration. God, not being fond of this extremely blocked and desperate writer (as she considers God to be the next step up from Santa Claus) gives her inspiration that only God would deem as fit in this hilarious short play.

In our final play. Imagine you’re a dog in human form. THE DOG LOGS by Christopher Johnson looks at life through the eyes of our canine friends. These dogs’ lives are as complex as our own as they negotiate, guilt, friendship, narcissism, jealousy and even sex!