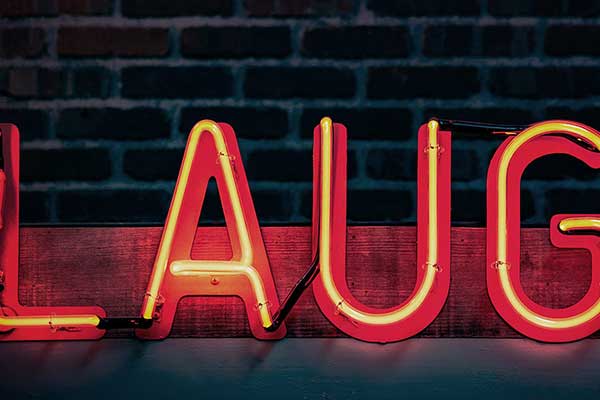 Love a laugh? God knows we need one after the year we’ve just had

Your host, Frida Deguise, has brought together a cracking line-up for The Joan’s inaugural stand-up comedy season in the Q Theatre with a monthly gig featuring six comics in quick succession over a side-splitting 70 minutes.

Frida Deguise is a rising talent on the Sydney comedy scene. Australia’s first (and only) hijab-wearing Muslim Australian stand-up comedian, Deguise has built a reputation for breaking stereotypes and a fearless pursuit of comic material. The mother of four has featured on such prestigious shows as the Melbourne International Comedy Festival Gala and Nazeem Hussain’s Stand Up for Christchurch and is a regular fixture in iconic comedy clubs across the country.

Controversial, sassy and with a brashness tempered perfectly with effortless, joyful charisma she will have you laughing with her and despite yourself until your cheeks hurt.