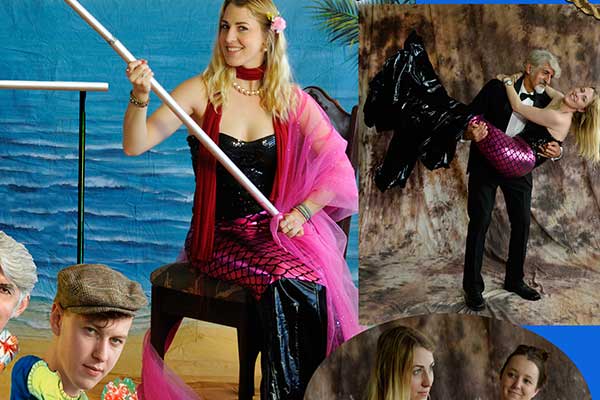 Mad About Men is a delightful English Comedy written in the late 1930s.

Young Caroline ( a shy young lady engaged to be married to a tight-fisted accountant ) inherits her relatives seaside cottage by the coast. Her plan is to sell the cottage off as soon as possible and be done with it!

However the plot soon turns into a madcap comedy of Errors after she discovers she has an identical twin who also presides underneath the cottage. The Twin ( Miranda ) just happens to be a Mermaid who is obsessed with men.

All goes astray when the two swap identities with Caroline going for a break on her own and Miranda swapping with Caroline.

The men of the village are shocked at the change in “ Caroline “ after she seemingly turns in to a Crazy Men loving party animal!