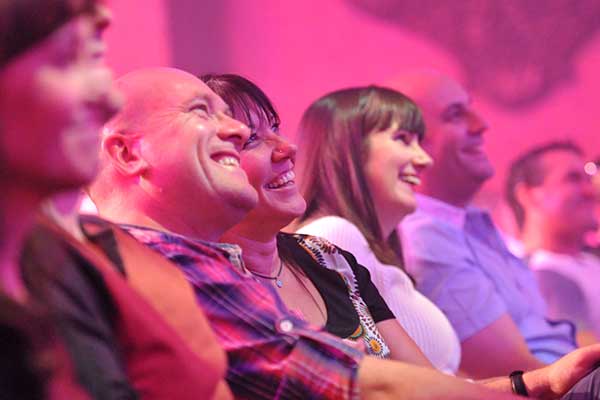 Australia's largest comedy festival is ready to roll back into Penrith!

Once again the Melbourne International Comedy Festival Roadshow is prepping to journey around Australia, home-delivering hot and tasty comic treats to audiences near and far, and the sights are set on The Joan.

Featuring fantastic funny-makers from Australia and beyond, the Roadshow has it all. It’s stand-up, sketch, satire, silliness and song – all in one side-splitting show!

For nearly 20 years this roving tour-de-comedy has visited towns and cities around Australia, from Mildura to Mt Isa and everywhere in between.

There’s nowhere its exceptional entertainers fear to tread, so get ready…

Pack your laughing gear and get on board the Roadshow!

WARNING: Performances often contain coarse language, sexual references and material that can offend. It is recommended for people aged 15 years or older.