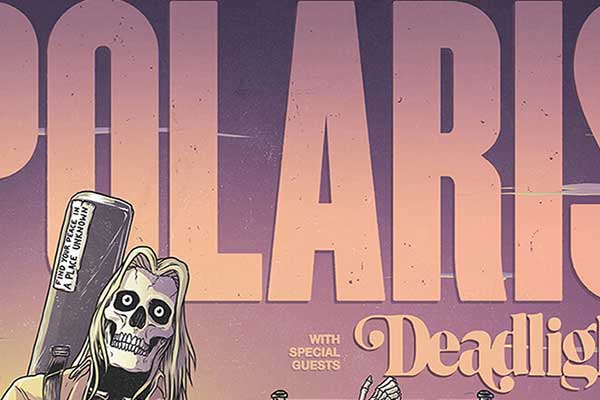 One of Sydney's best metalcore outfits!

Sydney metalcore outfit Polaris is stoked to announce the Vagabond Tour which will see the band hit regional spots on the east coast throughout June with special guests, Deadlights.

“It’s turned out to be kind of ironic that the lyrics of “Vagabond” mention this idea that “nowhere feels like home”, which was originally a reference to constantly being on the move when we were touring… But after the last year of being unable to tour and travel, there were a lot of times when our actual homes didn’t really feel like home either, because where we really wanted to be was out travelling the world and playing shows! We are so psyched to finally shake the rust off and get back on the road after what will have been 16 months away from doing what we love most. We’ll be hitting some of those little pockets of the East Coast that we don’t get out to as often, as well as some spots that we’ve never been out to before.” says drummer Daniel Furnari.

The Vagabond Tour kicks off on June 10 and is supported by Brisbane post-hardcore band, Deadlights who have gone on to become a household name within the Australian alternative scene supporting acts such as Parkway Drive, Thy Art Is Murder, Every Time I Die, and so many more; dropping ever more creative singles along the way with Bathed In Venom and Sugarcoated Psychosis.