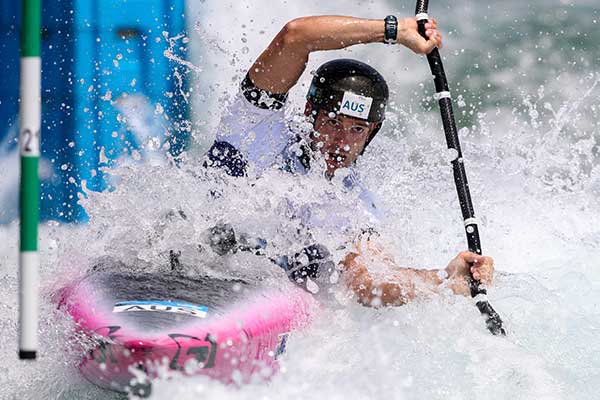 An event of the 2019 Sydney International Whitewater Festival

Over 300 of the world’s greatest Olympic slalom paddlers from over 30 countries, including several Olympic and World Champions, will compete against Australia’s best, with Australian slalom star, greatest female slalom paddler of all time and Penrith local Jessica Fox kicking off the international season on home waters.

The dual Olympic medallist and seven-time World Champion will spearhead Australia’s highly successful team when they take on the rest of the world in front of a home crowd at the Sydney 2000 Whitewater Stadium with less than 1.5 years to go to the Tokyo 2020 Olympic Games.